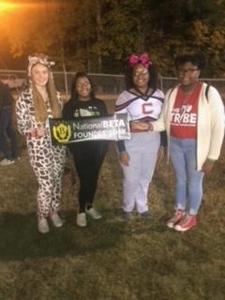 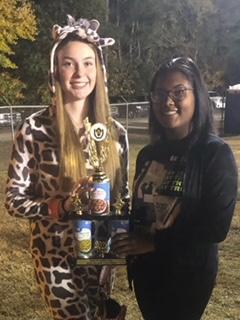 National Beta was founded in 1934 by Dr. John W. Harris in South Carolina. He founded the organization on the pillars of achievement, character, leadership, and service. In honor of Founder’s Day, clubs celebrate their motto, Let Us Lead by Serving Others. This year, the  Beta Clubs from Cheraw and Chesterfield High School competed in a canned food drive.  Chesterfield High Beta was announced as the winner on Founder’s Day before the annual Battle of the Bell game in Chesterfield.  Collectively, over 1000 canned goods were donated to the McCarn Food Bank.